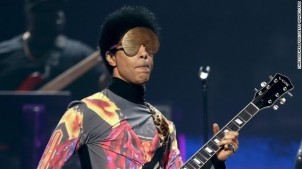 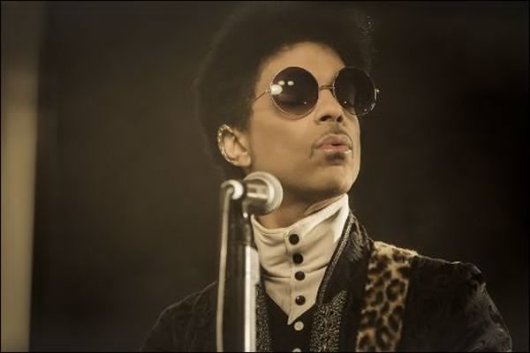 While the shock wears off that Prince is gone and the tributes pour in tonight, his style will never be forgotten both musically and visually: The man was more than an icon of sound, he was a fashion icon as well.  Breaking barriers that were previously pushed to the edge by Bowie or Elton, he was a true original. From a fashion standpoint, there was no style he did not mine, no look that he did not reference but always with a distinct eye for what would work for him.

I was working in New York at a Costume shop in the 1980s next to the table of a cutter fitter who was a very good men’s tailor. He would fly to Minneapolis just to fit Princes’s suits.  Then, only theatrical costume makers understood him since mainstream men’s fashion had not yet caught up to him. Later, he employed his own people, this legion of costume makers  who created for him in a shop in Minneapolis.

What was his signature style? Superbly tailored jackets and shirts cut down to his belt buckle that made him appealing both to men and women and all sexes inbetween. The “Fred Astaire ” precision of his coats and pants were always matched to his boots to give him that length and stature on stage.  Shirts? He freely drew from costume history ranging from the French court of Louis 15th to Beau Brummel. But he never got stuck like Elvis or Elton as physical age caught up with him.  He was a man whose style moved through time and referenced the decades; Chanel, Balenciaga, or Italian designers like Cavalli  drew inspiration from him.  There will never be another, and Rock style will never be the same, again.

ARTIFICE is a film, television and commercial stylist with a background in arts and culture and film/media. In addition, her independent agency develops writing projects, blogs and entertainment as well as consults for digital media in the luxury markets in advertising and marketing. Her events also bring together luxury brands and charity fundraising. Los Angeles. Paris. View all posts by ARTIFICE ATELIER AGENCY